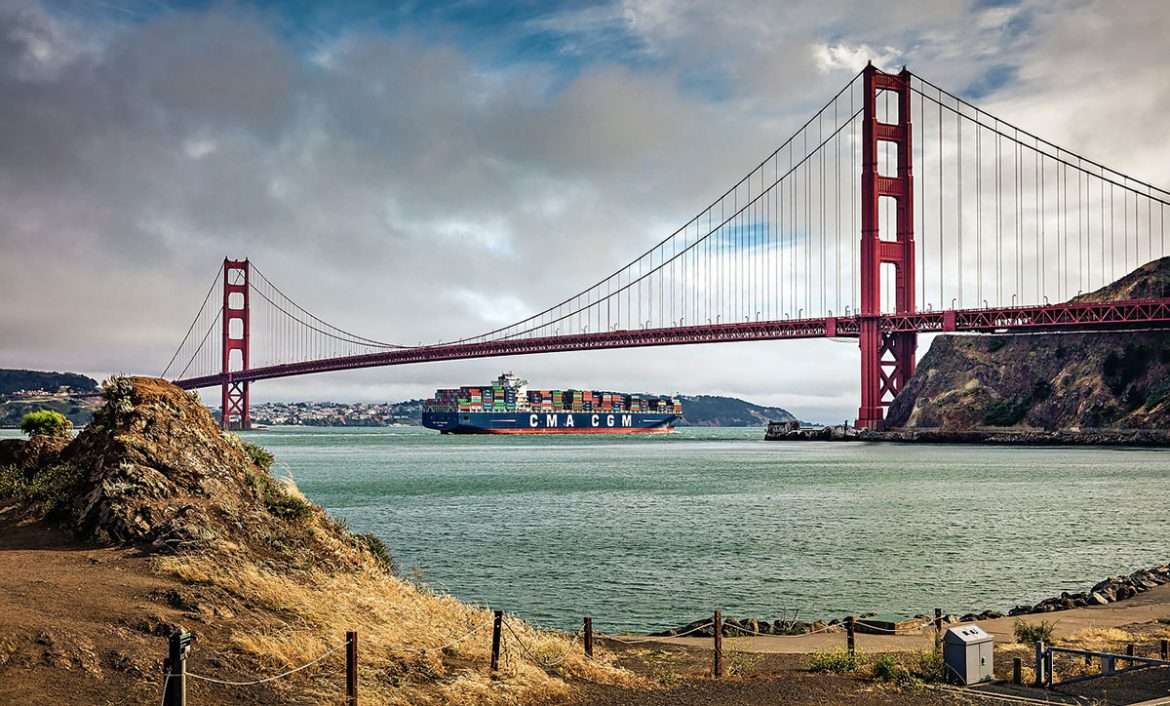 Did you know that San Francisco was established by colonists from Spain? It’s now one of the most cosmopolitan cities in the US and is the headquarters for everything from Twitter to Reddit and Fitbit. It’s one of the wealthiest states in the US, with the highest salaries and median home prices in the world. No road trip of California is complete without stopping over at San Francisco. The Golden Gate Bridge is one of the most recognisable sites in the world. This travel guide is going to cover everything you need to know to plan your next trip to San Francisco.

San Francisco is a multi-cultural city that frequently ranks as one of the best places to live. There is something for every tourist – from the Golden Gate Bride to Michelin star restaurants. The city is famous for its steep hills. If you’ve ever seen the Princess Diaries, you’ll be familiar with them!

The city is made up of districts that offer their own unique adventure. You can visit the Fisherman’s Wharf for the most amazing seafood you’ll ever eat. Step into Ghirardelli Square for some shopping and take a cable car from Union Square right up to the waterfront. San Francisco is a great weekend vacation, and you can easily add it on to a trip to Los Angeles or Las Vegas.

When Is The Best Time To Visit San Francisco?

When it comes to deciding when is the best time to visit San Francisco, it’s an easier decision than you might expect. The springtime is by far the easiest time to visit. You’ll get to enjoy the weather without it being too hot, and you can benefit from off-peak pricing. If you can go only go during the summer, then you can still have an enjoyable vacation. You may need to rework your budget to deal with seasonal price increases and be prepared for extra tourists.

How To Get to San Francisco

If you’re a fan of the Amtrak, you won’t be able to get directly to San Francisco.  You can get as far as Oakland before you’ll need to get off. You can easily grab a bus the rest of the way into San Francisco. Alternatively, you can jump on a Greyhound bus, which also goes past the nearby Amtrak terminals.

Although San Francisco is a hotspot for tourists, it’s actually fairly compact. You can easily get around on foot or by using public transport. If you book accommodation in the centre of the city, then you’ll be able to walk to all the main tourist attractions. Just keep an eye out for the steep hills! When you have enough of walking, you can jump on a bus, streetcar, or cable car. If you think you’ll be seeing several attractions and regularly taking public transport, then it’s worthwhile to pick up a Citypass.

I would advise against driving around San Francisco unless you absolutely have to. Parking can be a nightmare, and you’ll find that you don’t really need a car to get around. If you’re going to San Francisco as part of a road trip with your car, then you’ll want to figure out where to park ahead of time.

The Best Places to Stay in San Francisco

As San Francisco is a compact city, it’s worthwhile to pay the price of a city centre hotel. You’ll end up saving money by not having to taxis and public transport. By staying in the city centre, you’ll have everything that you want to visit right on your doorstep. Airbnb accommodation can get fairly expensive in San Francisco and will typically not save you money in the long run. You’re better off staying at a hotel around Union Square. Here are five of my hotel recommendations to give you some ideas of what’s available:

Hilton hotels are one of the most reliable chains that you can stay in. This Hilton hotel is near both Powell St and O’Farrell St Stop, making it really convenient to travel around by public transport. You’ll be right next to the Financial District and beside the San Francisco Museum of Modern Art. If you’re planning on hitting the shops, you’re just a five-minute walk away from the Westfield Centre. This hotel offers 2 restaurants, an outdoor pool and three bars.

If you want to have a world of restaurants right outside your front door, then The Westin hotel is for you. This hotel is owned by the Marriott group and has a timeless style. The Westin has been operating since 1904 and it still has its early 20th century European style to it today. The Westin is the only hotel that actually sits on Union Square.

If you need a budget-friendly hotel near Union Square, then La Monarca is the perfect solution for you. It’s just a five-minute walk away from Grace Cathedral and is a small boutique hotel with 35 rooms. Each bedroom has a memory foam bed and smart TV. La Monarca is a great choice if you’re visiting San Francisco for a few weeks or if you just need somewhere to act as your base.

For a contemporary hotel in the centre of the city, the Courtyard by Marriott is a great choice. It’s a stylish hotel that’s ideal for anyone visiting for business. The onsite restaurant offers Starbucks coffee and there are several workspaces throughout the hotel. Once you’re finished work, you can step out into the outdoor patio to relax. You can also take advantage of the 24-7 fitness centre.

The Marriott Marquis is a visually stunning building. This Art Deco hotel is easy to spot from anywhere in Union Square. You are treated to some of the best views in San Francisco with its classic rooftop bar which serves a selection of handcrafted cocktails. The hotel has 39 floors and boosts a design of spacious elegance.

The Best Places to Eat in San Francisco

San Francisco is considered the number one city for foodies in the United States.

Did you know that the first craft brewery in America was founded in San Francisco? The Anchor Brewingv began back in 1896 and still exists today. You can tour the brewery and sample a selection of their handcrafted beers.

Another staple of the San Francisco food scene is the Boudin bakery. They offer the ‘Original San Francisco Sourdough’ that they have been making since 1849. You can visit them in Fisherman’s Wharf and treat yourself to a sourdough or a sandwich for lunch.

While you’re at Fisherman’s Wharf, you need to try the seafood. There is something for every palette and you know you’ll be enjoying the fresh seafood. As a multi-cultural city, San Francisco has its own Chinatown. Enjoy a sit-down meal and sample everyone’s favourite dish – Dim Sum.

For the foodie with a sweet tooth, you have to visit Ghirardelli. The chocolate company started in the 1850s and is now a powerhouse of chocolate in the US. Treat yourself to a hot fudge sundae and pick up some Ghirardelli chocolate to take back with you as a souvenir.

If you want to sample some fine dining, why not try One65? This restaurant is just around the corner from Union Square and is a six-story restaurant focused on delivering everything you could ever want from French cuisine. Each floor has its own purpose, and you can even indulge in a nine-course menu that comes with caviar.

Another restaurant near Union Square that you need to visit is Campton Place. It’s the brain-child of Chef Srijith Gopinathan and is the home of Indian food infused with a twist of classic California cuisine. It has not one but two Michelin stars, while Chef Srijith has an impressive nine Michelin Guide stars.

For anyone looking for street-food, I’ve got you covered! The best place to find food trucks in San Francisco is near the Civic Centre. The Bay Area is a popular choice for food trucks to visit and the best way to find where they’ll be is by keeping an eye on their social media channels. The Chairman was voted as the Best Food Truck by San Francisco Magazine and offers Asian inspired street food.

The Must-Visit Places in San Francisco

Of course, the top attraction to visit is the Golden Gate Bridge. Take a leisurely stroll across one of the most iconic bridges in the United States and take in the beauty of the San Francisco skyline. I recommend writing a list of the attractions you want to visit and comparing them to what’s covered by the CityPASS. You might find that it saves you a few dollars – as well as waiting in a line to buy your tickets. You can use the CityPASS to get into attractions like the Walt Disney Family Museum.

If you’re someone who enjoys walking around markets and finding hidden gems, then you need the visit the Treasure Island Flea Market. Try to get there as early as you can and be ready for it opening.

Pier 39 is the home of the sea lions and is at the heart of Fisherman’s Wharf. Tourists come from all over the world to visit the creatures who arrived at Pier 39 after an earthquake in 1989.You can take part in a walking tour around the pier and see the sea lions up close and personal. If you happen to be visiting in the middle of January, you might be able to catch the anniversary celebrations to mark the unexpected arrival of the sea lions. At Pier 39, you’ll also find dining options, as well as hotels and attractions. If you want to get a closer look at the marine life, then you can visit the Aquarium of the Bay.

You can’t leave San Francisco without jumping onto a cable car. Don’t forget to take your Instagram photo!

Alcatraz Island is a major tourist destination. You can travel over by ferry and visit the prison that once acted as a maximum-security penitentiary. You can take a self-guided trail around the island and see a unique view of the Golden Gate Bridge.

If you’re a fan of the great outdoors, then you’ll be spoilt for choice in San Francisco. There are dozens of parks for you to explore. If you’re taking a longer vacation to the city, choose an afternoon to fill up your backpack with snacks and set off to one of the parks for a picnic.

For anyone looking to indulge in some retail therapy, you’ll want to visit the Westfield Centre. There are over 100 stores and restaurants to explore, including staples like Nordstrom and even an AmazonGo store.

When Are You Going to San Francisco?

SanFran is a great spot for a long weekend getaway. It’s easy and convenient to get around by foot. Your best bet is to stay in the Union Square region of the city centre and take advantage of all the attractions that are right on your doorstep. Make sure that you explore the things that make San Francisco so unique. Don’t miss the chance to jump on a cable car or to walk across the Golden Gate Bridge. If you’re planning a trip to San Francisco, I hope this travel guide gives you an idea of where to start with your itinerary. For more cities in the west coast to visit; check out my travel guide to las vegas. Safe travels!

How To Wear Ankle Boots With Jeans

The Essential Travel Guide to Miami