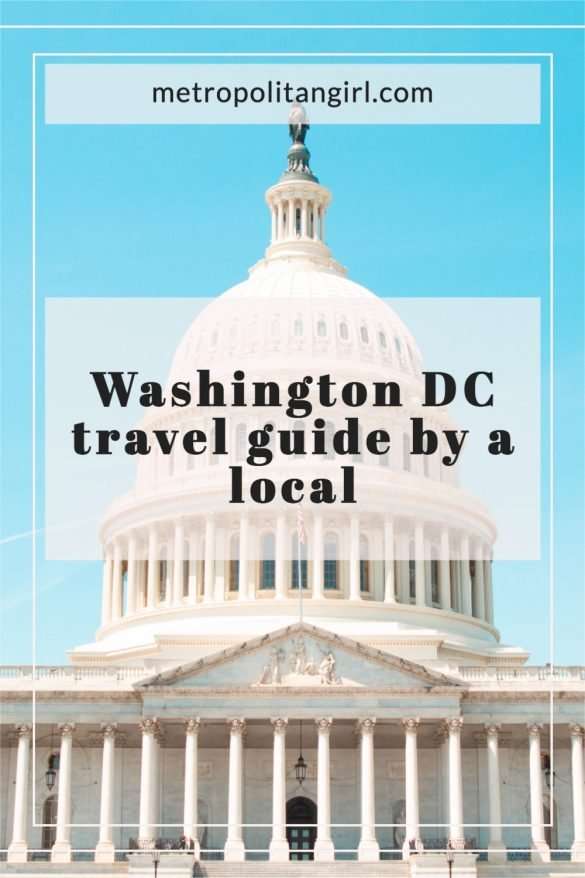 Washington DC is one of the most popular travel destinations in the United States. There are many different things to see and do in the city, so it is important to plan your trip in advance. This travel guide will help you plan the perfect trip to Washington DC, including the best things to see and do, where to stay, and how to get around the city.

If you’re looking to travel to Washington D.C., there are a few things you should keep in mind when planning your trip. First, be sure to check the weather forecast and dress appropriately for the season. Second, familiarize yourself with the city’s layout before you go – this will make getting around a lot easier. Third, research the city’s attractions and create a list of places you want to see. And finally, don’t forget to pack your camera – there are plenty of photo ops in D.C.! By following these simple tips, you’re sure to have a great time on your trip to the nation’s capital.

How to get to Washington DC

What Is the Best Way to Get Around Washington Dc?
Given how central of a hub the city is, there are several ways to get into Washington DC. There are three massive airports, along with the train and bus also being an option. Of course, you can always drive there as well. However, you will find it incredibly exhausting and aggravating driving in this city, so be forewarned!

There are four main ways to get around the city: cars, taxis, buses, and the metro. Given just how congested DC is and how difficult (and expensive) it is to find parking, your best best to get somewhere fast is the metro. It’s a clean and safe way to get around that’s quite affordable as well. What’s also great about the Metro is that it’s open until 3 AM. Again, trust me when I say this city’s streets are packed. Nix the rental car and take the Metro like the locals!
What Is the Best Time of Year to Visit Washington Dc?

The best times to visit Washington DC are March and early June.

September and November are also great! DC in the summer gets hot…really hot. We are talking hot like the South. The springtime has a surprise for you when you visit: The Cherry Blossom Festival.This beautiful festival sometime in March or April turns the city into glorious shades of pastel pink and white. Take it from a local: this is when Washington DC is at its prettiest.

Things to Do in Washington DC

Now that you know the best times to visit DC and how to get there, let’s get right into some of the great things to do in Washington DC. There are plenty of attractions and experiences you can have in this vibrant city.

Take a Cruise on the River

A cruise on the mighty Potomac River is an extraordinary way to see Washington DC like few ever see it. Several cruise-style boats offer to take you around the city while you are served lunch or dinner. You are bound to have lots of fun just as you would anytime you go on a daytime cruise.

Getting to see the most famous landmarks in Washington DC like the Washington Monument is something many cross off their to-do list soon after they get to the city. However, seeing Washington DC’s iconic landmarks at night offers a radically different experience.

All the city’s most famous landmarks are lit up with a dazzling array of lights that make them glow. Here are some of the best lit-up monuments to check out at night:

What Should You Not Miss in Washington Dc?

Besides getting incredible photos of these lit up landmarks, you beat the crowds of tourists coming to see them during the day time. The National Park is worth going to during the daytime though. You can compare it to Central Park in New York City, where people are lounging around, taking part in recreational activities, and simply just having lunch.

The White House is one of the most popular tourist attractions in Washington D.C. and is a must-see for anyone visiting the city. The President of the United States resides in the White House, and it is also the site of many important events and ceremonies. Visitors can take a tour of the White House to see the iconic building and learn about its history.

The National Mall is one of the most popular tourist destinations in Washington D.C. and for good reason. This two-mile long park is home to some of the most iconic monuments and buildings in the city. Here are 10 must-see attractions on the National Mall

This beautiful building is the home of the United States Congress and is a symbol of our democracy. Visitors can take a tour of the Capitol, see the historic Rotunda, and view the impressive art and architecture throughout the building. The Capitol is a must-see for anyone visiting our nation’s capital.

The memorial is situated on the National Mall and is a beautiful tribute to the 16th President of the United States. Visitors can explore the memorial and learn about the life and legacy of Abraham Lincoln. The Lincoln Memorial is an iconic symbol of freedom and democracy and is an essential part of any trip to Washington D.C.

The memorial honors the more than 58,000 American soldiers who lost their lives in the Vietnam War. The simple, yet moving, design of the memorial walls engraved with the names of the fallen is incredibly moving. The Vietnam Veterans Memorial is a powerful reminder of the sacrifices made by our brave soldiers.

Located on the National Mall, the monument is an obelisk that stands over 550 feet tall. Visitors can take an elevator to the top of the monument for panoramic views of the city.

The Jefferson Memorial is a beautiful marble structure that was completed in 1943, and features a 19-foot statue of the former President. Visitors can tour the memorial and learn about Jefferson’s life and legacy, and enjoy the stunning views of the Potomac River from the steps of the memorial.

If you’re looking to travel to Washington, D.C., there are a few things you should keep in mind when planning your trip. First, be sure to check the weather forecast and dress appropriately for the season. Second, familiarize yourself with the city’s layout before you go – this will make getting around a lot easier. Third, research the city’s attractions and create a list of places you want to see. And finally, don’t forget to pack your camera – there are plenty of photo ops in D.C.! By following these simple tips, you’re sure to have a great time on your trip to the nation’s capital.

How to get to Washington DC

Forget about traditional museums that see flocks of tourists invade them. There are some amazing art museums and exhibits that vary from the psychedelic to the futuristic. Here are some of the best places to see the mesmerizing art DC has to offer:

Best Neighborhoods to Visit in DC

Where to Eat in the Washington DC

There is a wealth of options when it comes to good eats in DC. Locals have their own favorites, which you are sure to love. Here are some of the best places where to eat in DC and get some delicious food in the city:

Where to stay in Washington DC . Best hotels.

At the end of every eventful day, you are going to want to crash somewhere. Luckily, there are a great deal of hotels to choose from. If this is your first time coming to Washington DC and you want to stay in an affordable (by the city’s standards), yet stylish hotel, the following are all great choices:

Washington DC has plenty of unique and fun things to offer you. Far from just being a stuffy city full of politicians, there is culture, character, and class. Now that you have read this Washington DC travel guide and know how to see DC like a local, get over to this vibrant city and experience it for yourself!

For more information on visiting washington DC check out the DC tourism board.

13 safest Places In The USA For Solo Female Travelers

Where to Stay in Washington Dc; Best...